For Bertelsmann, 2004 and 2005 are dominated by growth and increasing profitability. In July 2006, Bertelsmann AG buys back the 25.1 percent stake held by Groupe Bruxelles Lambert (GBL), for 4.5 billion euros. To finance the repurchase, Bertelsmann sells its profitable music-publishing business, BMG Music Publishing. In 2006/7 the company also reaches a settlement with all major plaintiffs in the lawsuit involving the online music service Napster. The share buyback means that for the first time since 1973, no outside entity holds any shares in Bertelsmann AG. The Bertelsmann Stiftung now owns 77.4 percent of the capital shares, and the Mohn family 22.6 percent. Bertelsmann Verwaltungsgesellschaft (BVG) owns 100 percent of the voting rights. 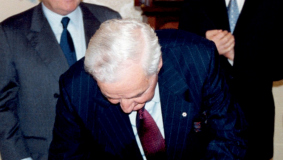 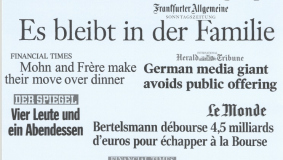 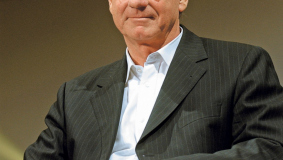