The media group opens its representative premises in the center of Berlin.

For some time now, there have been considerations at Bertelsmann about creating a suitable venue in the German capital for daily political, economic and cultural exchange, as well as for festive events. The ideal opportunity arises in the summer of 1999, when the Berlin Senate hosts an architectural contest for the reconstruction of Berlin’s former Stadtkommandantur (City Commandant’s Headquarters) at the historic address Unter den Linden 1. Bertelsmann submits a design by the Cologne-based architect Thomas van den Valentyn, and its concept emerges as the clear winner. The jury of experts feels that Bertelsmann’s design ideally meets the key requirement of linking historic and modern architecture. Starting in November 2001, the façade is restored to its original, classicistic design from 1873/74. The building is officially inaugurated on 6 November 2003, when Liz Mohn and CEO Gunter Thielen welcome more than 500 prominent guests from politics, business and society. Bertelsmann Unter den Linden 1 becomes a fixture of Berlin’s political and social scene, a venue that reflects the company’s entire creative spectrum with events ranging from seminars, workshops, and political debates to big networking events such as “Talent Meets Bertelsmann,” press conferences and the Bertelsmann Annual Press Conference, festive receptions, book launches with well-known authors, and musical soirées. The annual highlight event at Bertelsmann Unter den Linden 1 – and an integral part of Berlin's social calendar – is the Bertelsmann Party. 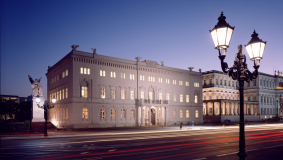 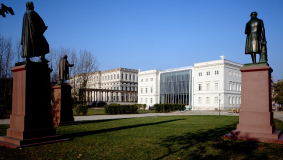 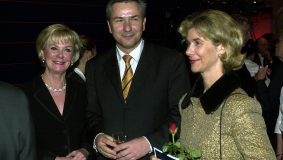 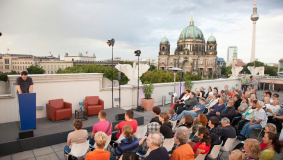 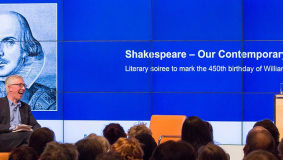 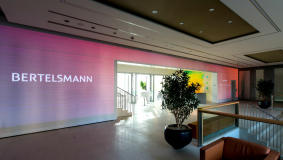 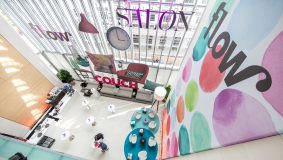 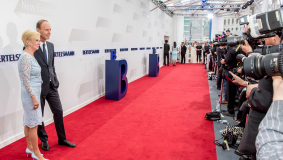 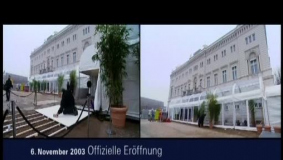 Impressions from the opening ceremony on November 06, 2003 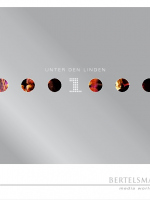