RTL Group is the European market leader in ad-financed television and in TV production. Shows like “Wer Wird Millionär?” (Who Wants To Be A Millionaire?) and “Gute Zeiten, Schlechte Zeiten” (Good Times, Bad Times) are classics of commercial television. Today, RTL Group includes 52 television stations and 29 radio stations worldwide, as well as production companies. The broadcasting group owes its existence to a series of takeovers and mergers. In January 1997, Bertelsmann merged UFA Film- und Fernseh GmbH with Compagnie Luxembourgeoise de Télédiffusion (CLT). In 2000, another merger of CLT-UFA with the British company Pearson TV is the beginning of RTL Group. In February 2001, Bertelsmann takes over the 30-percent stake in RTL Group owned by the investor Groupe Bruxelles Lambert (GBL) by means of a share swap, giving it a majority stake. In return, GBL gets 25.1 percent of the shares and 25 percent of the voting rights in what was then Bertelsmann AG. In 2002, the Group acquires another 22-percent stake owned by Pearson TV. So Bertelsmann’s share at this time grows to around 90 percent, and RTL Group becomes the Group’s largest division. Following the IPO in April 2013 – the largest ever IPO of a media company since 2004 – Bertelsmann today owns 76.4 per cent of shares in RTL Group. 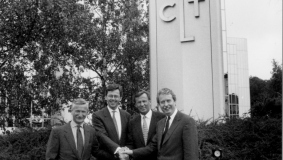 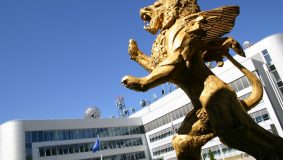 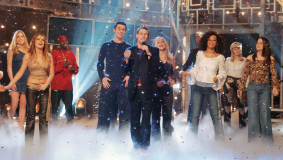 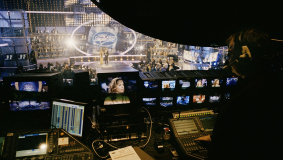