Lots of Action on the Eastern Front

Bertelsmann expands into eastern Germany as well as in Central and Eastern Europe.

1989! The reunification of Germany opens up new perspectives for Bertelsmann. In the words of Chairman & CEO Mark Wössner: “Freedom of information, of the press and of literature are important pillars on which a free society is built. Bertelsmann has great duties and opportunities in this area in the future.” Within three weeks, Lexikon Verlag publishes the special volume “Mitten in Europa: Die DDR und Berlin - ein Staat und eine Stadt im Brennpunkt der Geschichte” (In the Middle of Europe: The German Democratic Republic and Berlin: A State and a City in the Sights of History). Just a year later, the first Club branch opens in Dresden. Bertelsmann expands in eastern Germany as well as in Central and Eastern Europe with clubs, magazines and – in former East Germany – with printing plants. “Leipzig Reads” develops into a crowd-puller: A supporting program featuring 180 authors is compiled for the Leipzig Book Fair in 1992. Mikhail Gorbachev, an author on the publishing group’s roster, visits Germany that same year at Bertelsmann’s invitation. In 1994, the foundation stone is laid for a new service center for Bertelsmann Distribution – later Arvato Services – in Poland. Today, more than 2,600 employees at ten locations in Poland deliver services to businesses around the world, making arvato a market leader in many sectors in Poland. 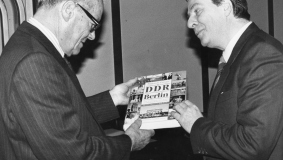 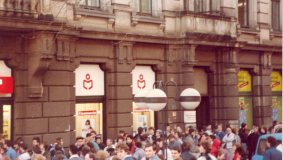 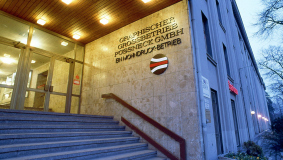 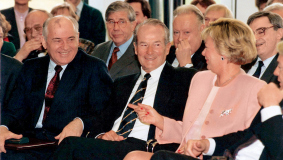