A new service center and technical innovations in book printing

On May 26, 1978, the foundation stone is laid for the new buildings of the Vereinigte Verlagsauslieferung (VVA) in Gütersloh. One of the largest high-bay warehouse in Europe is built at the new “An der Autobahn” site. The VVA – created in 1968 from the Kommissionshaus Buch und Ton – offers customers “full service” ranging from order processing, billing, accounts receivable and customer support to warehousing and shipping. On the night of November 25, 1979, a fire breaks out at the Mohndruck paper warehouse. The data center is destroyed in the fire, but data on about 22,000 magnetic tapes is saved. The new Gütersloh data center – equipped to the latest safety standards – goes into operation in 1981. In 1982, there are some innovations in the field of book production. Mohndruck develops a new type of book called the “FlexCover” – a cross between hardcover and paperback. That same year, a printing press called the “Berliner Taschenbuch-System” goes into operation, which is able to print paper into finished books, wrap them in plastic and stack them on pallets in a single process. It is followed by a machine for the production of hardcover books. They are the first system production machines of their kind in the world – invented by Mohndruck engineers. 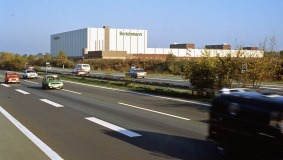 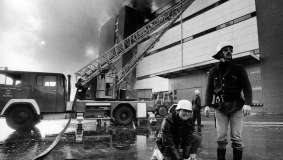 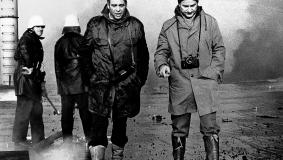 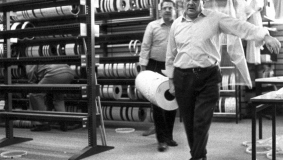 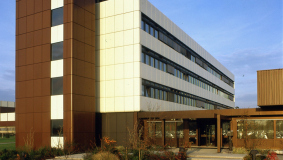 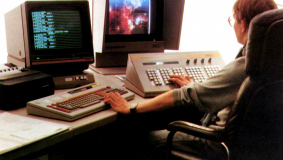 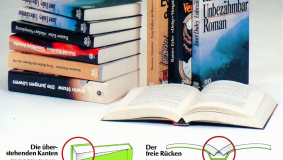 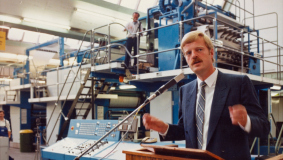