The Leap into the Magazine Business

In 1969, Bertelsmann makes the leap into the magazine business by means of a shareholding in the Hamburg publishing company Gruner + Jahr. Gruner + Jahr, whose flagship “Stern” is already making history in the West German media, was founded in 1965 by publishers John Jahr Sr. (1900-1991) and Gerd Bucerius (1906-1995), and printing firm owner Richard Gruner Jr. (1925-2010). The publisher is the second-largest magazine publisher in Germany after Axel Springer AG. Its well-known magazines include “Brigitte,” “Constanze” (merged with “Brigitte” in 1969, “Petra” (sold in 1969), “Schöner Wohnen” and “Capital.” By 1973, the minority stake has grown into a majority holding. Three years later, Bertelsmann increases its share to 74.9 percent. The journalistic independence for individual titles practiced at G+J and the entrepreneurial, decentralized philosophy of Reinhard Mohn (1921-2009) are an excellent match. Gruner + Jahr becomes an important division of Bertelsmann and in subsequent years develops into the biggest magazine publisher in Europe. 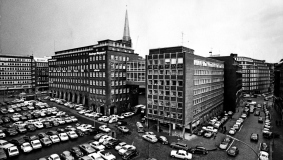 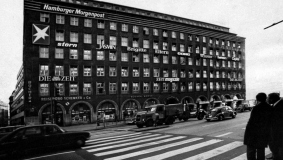 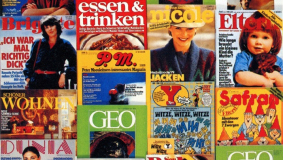 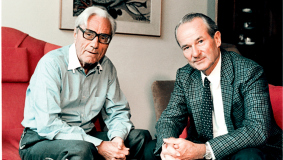 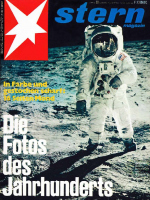 In color and razor-sharp: 16 pages of the moon landing - Edition of Stern with the participation of Bertelsmann, 1969 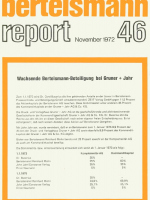 Communicated in-house in November 1972: Bertelsmann increases its shareholding in Gruner+Jahr