The digital age brings new challenges as user behavior changes, but also new opportunities. Clipfish, the first German video portal, goes live in 2006 with music videos, TV series, movies, user-produced clips and clips from RTL programs. A year later, this is followed by the launch of RTLnow, the most frequently visited video-on-demand portal in Germany. VOXnow launches in 2009. An app lets users access the sites on their mobile devices as well. The cooking portal chefkoch.de, operated by Gruner + Jahr, becomes Europe's biggest food community and is one of the most frequently visited websites in Germany. It contains recipes, advice and inspiration for new culinary creations. chefkoch.de has an app, too. Bertelsmann is also a leader in the e-book sector. Random House publishes the first German-language e-book in 2000 and has had the world's largest e-book catalog since 2010. In 2011, there were 40 million downloads. Bertelsmann establishes BDMI, a venture capital fund, to support young companies on their way to success in the digital media landscape. 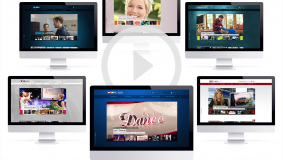 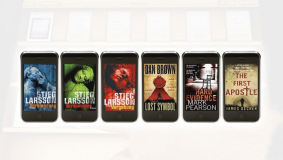