Launch of CD production and involvement in the software industry

In the early 1980s, a new era in the production of sound carriers dawns for Sonopress. In 1980, computer-controlled audio technology called “Direct Metal Mastering” enables the digital recording of music on vinyl. Two years later the first laser disc is produced. The new medium delivers superior image and sound quality but does not achieve a market breakthrough. However, the lessons learned are of tremendous value for the launch of CD production in 1984.
With an annual production capacity of almost 30 million CDs, the plant in Gütersloh is designed to accommodate the expected increase in demand. 45 percent of its production is slated for the international market. In the following years Sonopress opens CD production facilities at other locations. In 1985, Sonopress begins the reproduction of software on storage media such as floppy disks, datasettes, cartridge modules and later CD-ROMs. Topac provides packaging for the audio and data storage media. At the same time, Bertelsmann gets involved in the field of computer software and pools its activities in a separate “Digital Information Systems” unit. The software company Ariolasoft becomes the leading publisher on the German home computer market. 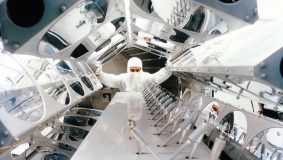 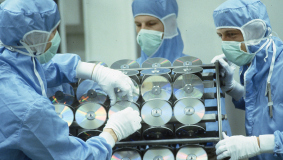 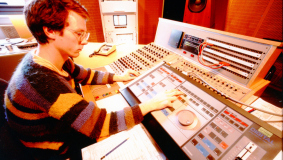 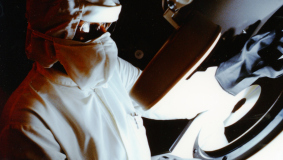 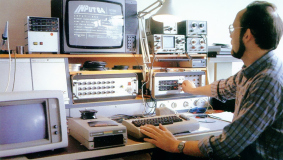 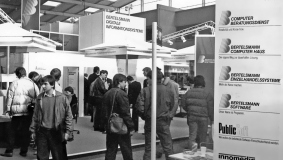 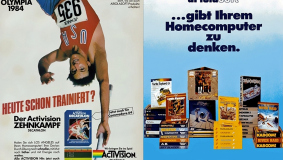 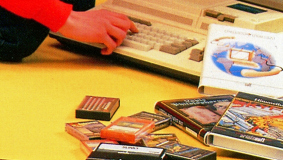 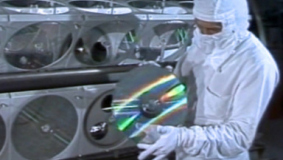 Production of Laserdiscs at Sonopress, 1982