Theological Program in the Third Reich

Heinrich Mohn (1885-1955), who is closely associated with the church politics of the Confessing Church (Bekennende Kirche), continues the increasingly less-than-profitable theological program in the 1930s. Here, too, there are ideological connections to National Socialism, through authors like the noted theologian Paul Althaus (1888-1966). With the “Volksmissionarische Hefte” series in 1934, Mohn establishes a publication for the populist mission movement, which gains an increasingly important role in the 1920s and remains formative for the publisher's image in the 1930s. In 1939, due to official regulations, the theological branch of the publishing house is hived off into the Rufer imprint, which maintains its contacts with the Confessing Church. In response to censorship measures and the increasing quota fixing on printing paper rations, no more theological titles are published after 1941. 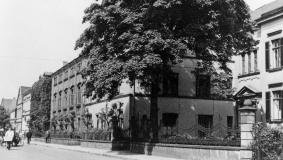 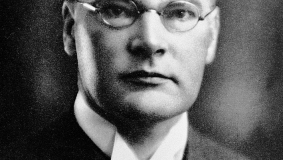 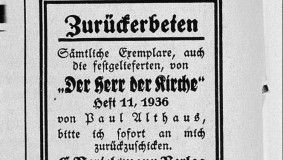 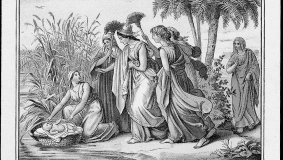